These are words I’ve written down along the way for me.

Now, maybe someone smiles at least.

What I’ve felt during school time,
but made conscious after seeing younger filmmakers suffer:
When you don’t ask questions to your mentors frustration grows,
but you do find more and better answers than if you’ve asked.
Why?
Because they’re yours.

Sometimes being shy is good.

If you want an honest advice:
Ask either a child for they don’t know how to lie
Or an enderly person, for they’re too old to give a shit.
A child never lies…

Where have you been?
In and out, in and out. More out than in.
I’m branching off, you see.

I drift off  at work,
Thinking of a girl wearing a green tutu dress.
She’s standing in front of an arched hallway, observing television screens.
The TV’s shed constant light.
The girl wants to touch a frame but still, they’re not worth it.
We zoom out and there’s an angled small pathway,
leading to a different angled hallway? Window?
She backs away slowly and as it is so easy,
She walks down and into the next hallway cresced window.
Just seeing. Neither in nor out.
No Televisions there.
Something else there.  Its up to choice.
I look away.
She tells me;
How easy it is to take the path and avoid others.
I tell her kindly;
I understand, but sometimes pride gets in the way.
She doesn’t understand though.

All these house utensils we never bought…

Anyhow:
Here is an image of my sketch at work.

Made me think of Tsai’s work, where he dream’t that he was eating this gigantic spiky fruit with his granpa at the cinema.

He dreamt it. So he shot it.
If you’re a filmmaker shoot it. Do it.

Don’t think about  money in Sarajevo. Think more about doing it.

Space in Cinema
I’ve always held it to be a place where you can be one with yourself.
No matter what’s on the screen.
If the screen fills you even better.
If not, you can fall asleep, find some comfort.
There are no rules in cinema. No thresholds.
Even when the guy taps you on the shoulder.
It’s okay. He doesn’t know that there are no rules in cinema.
Go back to sleep.
I say this as a filmaker too.

You cannot spit at the sky.
It will just fall back on you.

Once I was running and I saw the moon.
The biggest I’ve ever seen back then.
I never payed attention to the moon or the stars at that time.
Now I know  It was a bloody moon.
I stopped running.
I felt scared, it felt like a premonition,
like the moon was accusing me of something.
Bloody moon.
I ran home, looking back. Never ran there again.

What Arabs say about crazy men:
Be kind to them, their soul is with God.

I’m sitting again and as sentences come along today I wish to cry.
And it reminds me of Apitchapongs work, Mobile Men.
Those three minutes now make me cry.
But they didn’t used to!
It reminds me of my sister seeing a happy scene and crying on happy ends.
She said then;
I can only cry on happy endings, scary or sad ones don’t surprise me.
I thought then;
That is sad.
I thought then;
She doesn’t see happy endings as a reality on her globe.
That’s why she’s crying. She doesn’t see them as a reality.
I was too young.
I didn’t know then, that the soul cleans out doubts by releasing tears.
I didn’t give her enough credit back then.

Now I cry seeing freedom.
Mobile Men makes me happy but my ego resists.
The coalition makes me cry.
It is easy, but ego gets in the way.
It’s also frustrating at times.
People would rather be right than happy.
I replay Mobile Men in my head to refresh myself to be happy.
I remember seeing it with friends and it was fascinating, true, to me.
Now I’m hanging on to it.

My heart sits on this chair for 9 hours at work and I don’t do shit about soul food.

She doesn’t explode, she implodes.

The youth is wasted on the young.
Sometimes it’s true.
But.
Help us out then.

Back to the moon…
I remember seeing one cut right through, deep orange like a mandarine just flowing up in the sky.
Made me like mandarines again. 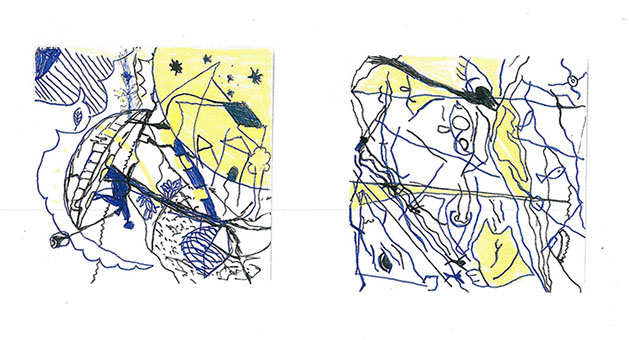 Today I saw a full moon on a pink sky. I wished for a pure heart again.

The brain lights up in all directions, depending on what you think,
your habits, patterns of thought.

These thoughts, depending how you light them up, travel from one to another through synapsses. These synapsses, the more you think a certain thought, over and over, or the more energy you spend thinking positively or negatively (it doesn’t matter to the brain), the synnapsses (links) grow stronger.  And that is how habits or patterns of beliefs are shaped. The more you do it the more it grows. That’s why it’s hard for us to change beliefs. Or habits. It’s easier for the brain to flow to the same synapsses over and over again since its less energy spent for the brain.

The brain is lazy.
We mustn’t be.
But we, we always make new synapsses.
And this matters. Because people change.
For better or worse, but we do.
We have a lot of power in our hands. Or in our heads.
A habit. To think positively.

When you need a raft to cross the river you get a raft.
But you don’t carry the raft further.
Same applies to meditation.
It’s a tool.
Not the core.

I talk to the moon.
It only sends love back.
And light.

When I don’t know what’s in my subconsciousnes
I do what I call ‘creative chess’.
A friend showed it to me in pairs.
But when you’re alone
You take a paper and just start line by line.
Connecting it all. Seeing if there are shapes or things you recognize…
Draw them.
If you’re not good with words, draw. 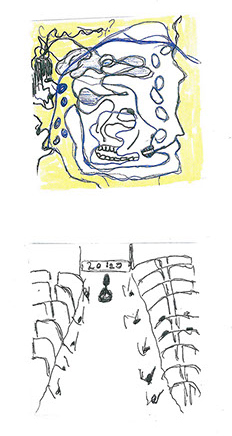 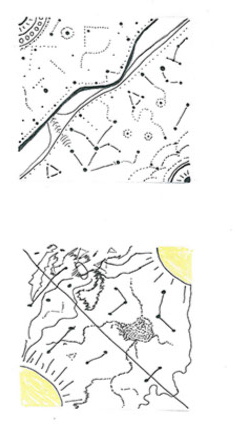 The Little Prince and Tinkerbell, all these dreams.

Adults who are courageus.
You don’t wait for us to fix the issues, you pave the path alongside..
EVEN blow some wind in our wings.
Who would believe it here in Sarajevo…
There are not many, but some.
I trust.

Who will fight for the poets, who fill the world with light and light
Their innocence is taken as a distortion, an outline to be ignored.

‘Sarajevo has so much potential.’
This is a sentence I’ve been hearing for 3 years.

In two months working a practical job, I’ve changed.
I never felt what we call here, INAT, spite as much as I do now.
Wishing now to meet people who create and I love
and I create and  love and we elevate.
The sea is open.
It’s not good. Who to spite to? No.
I’m turning into.
What?
I’m going.
Somewhere else…

BOSNO!
There are glimpses of beauty.
Even here.
Even in Sarajevo.
If they don’t trust,
we must
Patience

How is it to be high on life?

Until the environment aligns again.
People would rather be happy than right.
It’s just pride, it gets in the way.
But in their eyes..
They’d rather be happy..
Deep inside…

For poets, fellow artists:
How should one behave in winter all the time anyway.
I understand.
Only blank canvases would be produced.
But then again..
For us to produce even white.
Even white.
Put a bit of sparkle in it…
It would be enough.
For my soul at least.

How is it that I am happy even when I’m sad.

I must be blessed. Truly blessed now.
I must be from Sarajevo.

If anything made sense now.
I’ll start on those canvases now.
A bit of white.

Šejla Lajlani is a filmmaker from Sarajevo. Of Bosnian and Kurdish descent, she is influenced by roots and cores of people, sensing from her films, the fragile mask of humans and life fading away, leaving us with the core in our hands. Attended film. factory under Bela Tarr, mentors like Fred Kelemen, Tsai Ming Liang, Pedro Costa and many more filmmakers who influenced the cinema massively today.

Besides filmmaking, she established a non-profit organization Perfect Kiss bringing independent bands to Sarajevo to inspire growth of an alternative scene in BiH.