#12: The “Third-Space” of Identity, Armenian Diasporic Cinema, and Atom Egoyan by Shant Bayramian

I have always been confused about where I come from. For the sake of simplification, I tell people I am “Armenian-American”, but few bother to inquire. Identity can be confined within the boundaries of a nation state, but I always believe it encompasses more than that. One knows that they come from “x”, but they might also feel deep down that there are many external forces that have constructed one to also be “y” or “z”. I was born in Lebanon to Armenian parents, grew up in Los Angeles, finished my high school in the United Arab Emirates, and moved to the Netherlands to pursue my higher education. How can I simply answer “where are you from” then? To do justice to my being, shall I just call myself a “world citizen”? Nevertheless, sounds like a brief yet applicable answer.

To know more about my attempts to disrupt the ‘Where are you from?’ question, see my audiovisual essay below:

My continuous struggle with my identity has led me to conduct extensive research about diasporas, cultural identity, and post-nationalism during my university years. And this is where the research becomes personal, as it doesn’t only become a means to provide new found knowledge to the academic world, but it also aids in discovering myself. Nevertheless, I do believe that one cannot truly discover oneself as we are, after all, malleable creatures that are shaped through a myriad of (in)visible forces. Call me a post-structuralist if you wish, but I have been looking at my identity through the aforementioned framework.

As I previously mentioned, I am ethnically Armenian. My ancestors were forced to leave their houses from present day Eastern Turkey and seek refuge in neighboring countries during the Armenian Genocide. To oversimplify it, the Armenian diaspora was then formed. Since then, the diaspora has been heavily sustained through various powerful actors and forces: the institutional sphere, the familial sphere, educational sphere, etc. All of these facets reinforce each other, preserving notions of “Armenianness”. Within this process, the Armenian diasporic community (much like any other diasporic community) relies on signs that become a performance and catalyst of one’s Armenian diasporic identity. Food, mannerisms, cultural artifacts, etc. are all forms of these signs that manifest that identity. The Armenian household, much like the household I grew up in, becomes some sort of micro-archive. Paintings and pictures of Mt. Ararat are found on a wall in almost every Armenian family’s home. It’s weird, huh? The fact that these people might have never visited these areas yet feel a strong sense of belonging clearly demonstrates the power of the institutionalization of the Armenian diasporic condition and the imperative condition to sustain that identity. These signifiers become “portable” manifestations of identity and “can be readily fixed and re-fixed to accommodate the situation, without any suggestion of return to a specific place.”1 After all, it is through the constant process of preserving, fetishizing, and archiving these sometimes frozen signifiers which perpetuates the Armenian diasporic identity. Within this process, institutionalized truths become penetrated into the private sphere, where ideology becomes one’s own personal identity. Additionally, the collective historical trauma due to the Armenian Genocide catalyzes the whole process above; it can be argued that it is a sustainable process in resisting the historical threat of eradication. 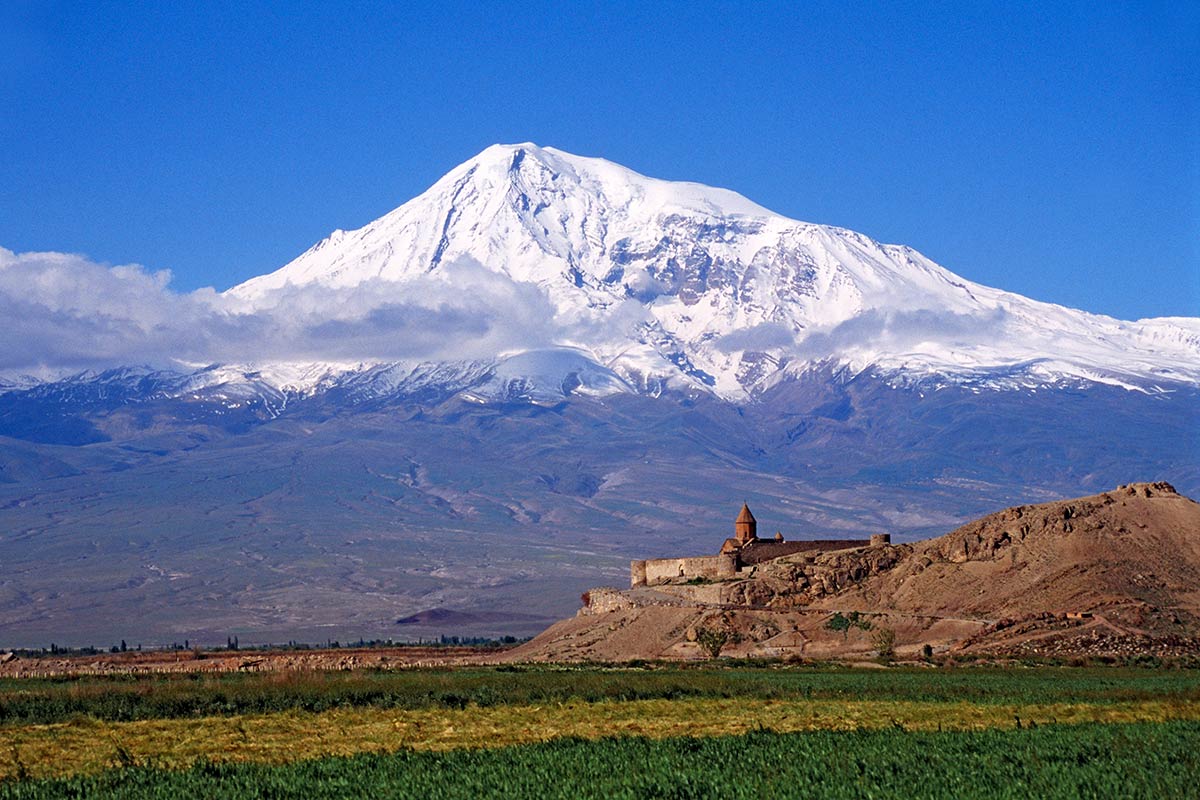 The previous section has clearly established that there is a strong sense of “Armenianness” within Armenian diasporic communities however that “Armenianness” might be defined, expressed, and experienced. As explicated in the previous section, there are institutional and familial forces that attempt to homogenize this aforementioned “Armenianness”. However, if we try to propel a homogenized version of the Armenian identity or in other words a “one size fits all” approach, then we quickly run into pitfalls. Indeed, the Armenian diaspora is unified in ways that constitute it as a diaspora (e.g. imaginary homeland, trauma of the Armenian genocide, etc.), but the ways in which diasporas interact and co-mingle with host societies shapes different manifestations of identity. As Razmik Panossian states, “How to relate to their existing homeland is what keeps Armenians separate, while the idea of relating to a homeland keeps them united as one nation.”2 At the end of the day, we are in an era where the post-modern and post-structural aspects of identity construction and performativity come into play with regards to how Armenian diasporians manifest their identity and structures of belonging. There is always an ongoing sense of ambiguity and tension that is caused by, on the one hand, a sense of longing to the “homeland”, and on the other hand, a sense of eschewing the concept of a fixed national identity. This is further iterated by Avtar Brah: “The concept of diaspora places the discourse of ‘home’ and ‘dispersion”in creative tension, inscribing a homing desire while simultaneously critiquing discourses of fixed origin.”3

For more on how the Armenian diaspora and more general diasporas function, please see my audiovisual essay entitled ‘A Somewhat General Overview of Diasporic Cinema:

Atom Egoyan, an Armenian-Canadian filmmaker, has clearly understood the above process personally and has successfully presented it through some of his films. For example, Egoyan has represented the heterogeneity of the Armenian identity and the perpetual institutional and personal forces that play a role in identity construction in Calendar (1993) and the construction and deconstruction of the ideologies at play behind one’s identity in Ararat (2002). Egoyan has reflected upon his own personal experience and taken on the endeavor to complexify the process of identity construction, which aims to result in some sort of transformation on behalf of the audience. His goal isn’t to affirm the hegemonic ideology, but to disrupt and unveil its mechanisms. In Calendar he does this by using staging in depth to construct different layers of the Armenian diasporic identity. In doing so, he presents a space where “Armenianness” becomes negotiated through different containers. In Ararat he also presents various layers of the Armenian diasporic identity by intertwining various sub-plots. Moreover, he deconstructs the hegemonic ways of constructing the Armenian diasporic identity by using metacinematic techniques. Egoyan doesn’t perpetuate the discourse mentioned in the previous section unlike other Armenian diasporic films that attempt to, for example, solidify the Armenian genocide through the audiovisual medium. In doing so, not only do his films bring the viewer into an interstitial and negotiable space, but they also create an Armenian diasporic cinematic tradition in itself. In other words, Egoyan’s aesthetics and visual grammar is what brings the viewer into that transformative position in the first place. His films then become directly differentiated with more conventional Armenian diasporic films and establish their own cinematic path.4 All in all, Egoyan aims to direct audiences onto a journey of inquisition; the quest for identity is the underlying motif in his films.

Here is a scene from Egoyan’s Calendar demonstrating the various layers of identity constructed through one spatiotemporal whole. It becomes clear that the churches, as cultural signifiers of ‘Armenianness’, always remain at a distance for the photographer who is behind the camera:

And The Transformational Potential of Atom Egoyan’s Ararat:

Egoyan’s Calendar will be screened at the Cineforum Film Festival in Amsterdam this year. The festival aims to launch some sort of critical canon for European Studies through films. Within this context, Egoyan’s Calendar becomes a manifestation of the constant tension between the post-national and national ideologies as it does not reveal the essence of Armenian culture or “what we traditionally identify as Armenian”, but it problematizes and “questions what being Armenian is and how it manifests itself.”5 As we see the rise of nationalism within contemporary European politics, Egoyan’s film can remind us of how film can be a container to counteract such ideologies. It is during these situations in which we need auteurs and artists like Atom Egoyan to guide us through introspective and self-reflective journeys of identity. Additionally, as the landscape of European cinema changes in the 21st century into a more “transnational”, “migrant”, “diasporic”, and “pan-national” cinema, Egoyan, being a renowned diasporic cinema auteur, can help us better understand the “film canon”. As I have aimed to briefly present with Egoyan’s films, diasporic films can constantly renew “canons”, relations to spaces, methods of identity construction, etc. as they can deconstruct prior ideologies and reflect upon them through film. All this is possible by the inherent tension between the national and post-national sphere that is found within diasporic communities. Diasporic films like Egoyan’s are found in a diasporic, third-space that aim to “challenge national and ethnocentric myths, and revisit and revise traditional historical narratives.”6 Constant cinematic representation is an asset that can change the dominant ideologies; after all this is the power of cinema. I would like to round up with a famous quote by Stuart Hall: “identity as constituted, not outside, but within representation; and hence of cinema, not as a second-order mirror held up to reflect what already exists, but as that form of representation which is able to constitute us as new kinds of subjects, and thereby enable us to discover who we are.”7

· Panossian, Razmik. “Betwen Ambivalence and Intrusion: Politics and Identity in ArmenianDiaspora Relations.” Diaspora: A Journal of Transational Studies 7, no. 2 (Fall 1998): 149-196.

· Baronian, Marie-Aude.“Filmic Foreignness, Filmic Homecoming: On Gariné Torossian’s Girl From Moush.” In Subtitles: on the Foreignness of Film, edited by Atom Egoyan and Ian Balfour, 211-228. Cambridge, MA: The MIT Press, 2004.

· Panossian, Razmik. The Armenians: From Kings and Priests to Merchants and Commissars. London: Hurst & Company, 2006.

Shant Bayramian is an audiovisual essayist who firmly believes in the transformational and educational potential of the audiovisual medium. He is the founder of TheAudioVisualEssayist, a creative and academic production company that caters to researchers and academics. Moreover, Shant is a fellow cinephile, holding a Master’s degree in Film Studies from the University of Amsterdam. For this e-log, he introduces his research into the Armenian diaspora, cultural identity and the construction of narratives through cinema.

2. Razmik Panossian. “Between Ambivalence and Intrusion: Politics and Identity in Armenian Diaspora Relations,” Diaspora: A Journal of Transational Studies 7, no. 2 (Fall 1998): 185.