OUTLINE: ¶#0-#3 was a festive, public get-together with gestures by Kim David Bots & Rik Möhlmann, Romy Day Winkel, Annosh Urbanke, Jan-Pieter ‘t Hart and Callum Dean, and music by mary and magga, held in OT301, Amsterdam on May 19th, 2022. The event marked the final stage of the ¶ (Pilcrow)-series: four publications consisting of texts and images found on the online collaborative encyclopedia Wikipedia, as well as a contribution by the artist who compiled it. Here you find its traces: the sonic, visual and textual gestures that played around and performed the publications, by the artists who compiled an edition, as well as an introductory browset set by Callum Dean.

SIGNALS FROM A CYBERNETIC GARDEN
by Callum Dean

A mix of sounds uploaded to Wikimedia Commons.

Notes & directions by your lunar tour guide
by Annosh Urbanke 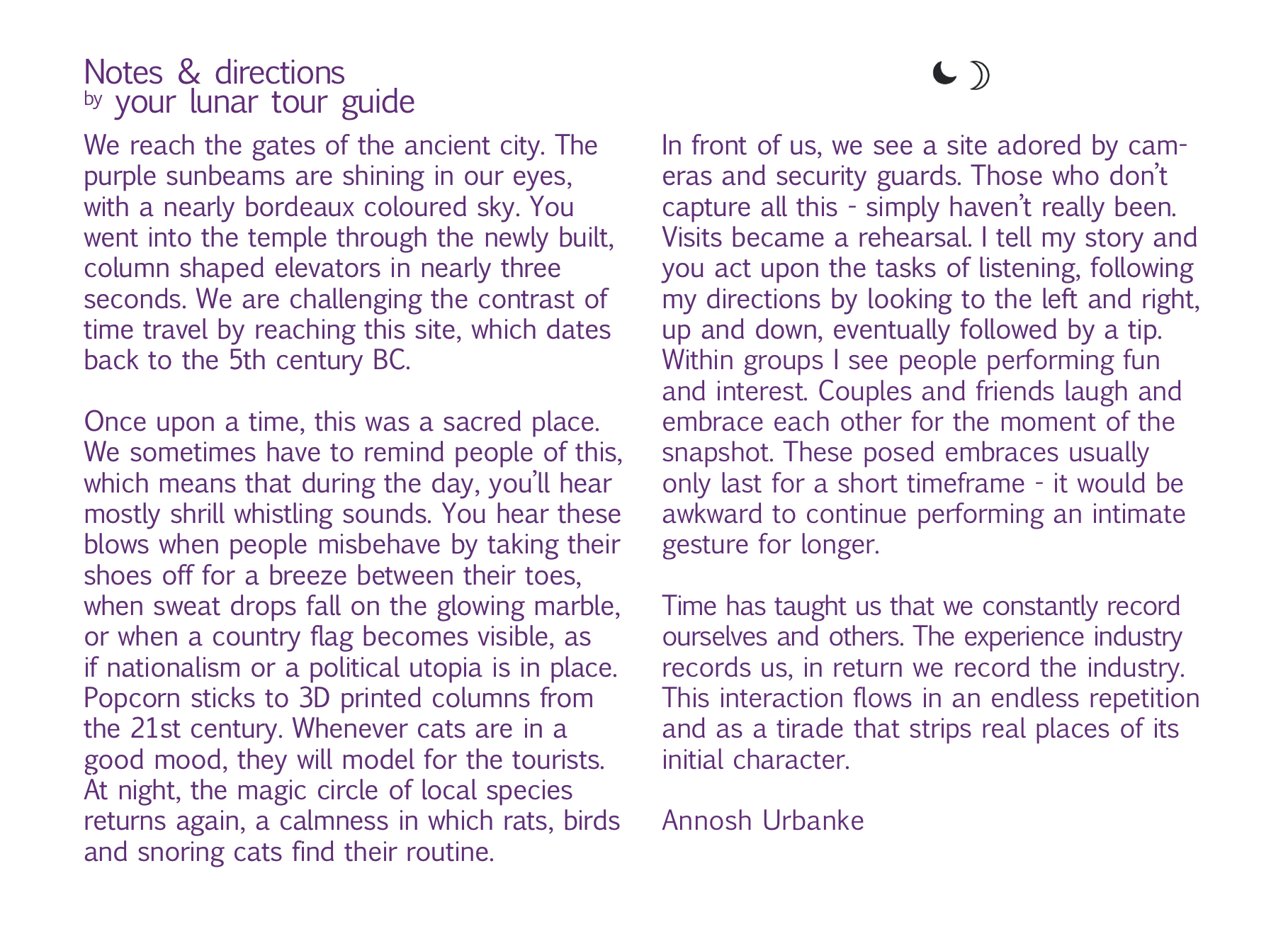 When I was a kid I wished for a companion. This wish was projected upon many dolls and stuffed animals in passing. I had fantasies in which I would travel with one of them by my side. At the end of our journey its hair would be messy, its face covered in dust. I would need to scratch out the sand from its plastic eyelids. Its skin would have been ripped at some point and I would have stitched it with fabrics found along the way.

My fantasy of a travel companion was never fulfilled, or I should say, it was never fulfilled intentionally. At some point there were many dolls that moved with me, but not everywhere I went. Their hair was not messy from our frantic movements at all, no sand to be found either. It was a collection of dolls that was clean; each one of them experienced some part of my life but not all. They were just there by accident, multiplying; an unintentional hoarding.

Collecting happens through the sensory. We collect sounds through listening; scents through smelling; images through vision. I store memories in my body; voluntarily (pleasure), involuntarily (heartbreak), or both (melancholia). The memories tied to objects, the ones that are sticky enough, transcend their assumed mere dead materiality. They become affective containers.

When I think of an archive I think of a rigorous, intentional collection. I have tried to start an archive of some sorts quite often. For example, I tried to make a drawing of my nightstand everyday and had a designated sketchbook to do so. After three pages the book is blank. I also started collecting paper mache faces. I only have two of them now, getting dusty on top of my closet. My last collection involved making hats. They are nowhere to be found, but I am still hopeful this will unfold.

In starting a new collection there is a wish for a grandiose amount of similar objects. I came to think of this type of repetition as an aesthetic of patience: as if the quantity of the objects signals the temporality and rigour of a successful archive. In this understanding of an archive, a certain amount of patience and discipline seems to be needed in order to truly finish it.

Personally, I seem to have quite the collection of failed archives; an aesthetic, or result, of impatience.

Yet there is rigour to be found there too. It is intense in its hopefulness. It is a collection of potential companions; of interesting movements; or, just so, of wishes.

The mental traveller
by Kim David Bots and Rik Möhlmann

A live improvisation session with clarinet and synthesizers.