The notes app of my iPhone is a graveyard for my undeveloped ideas; fragments of sentences and half-baked inscriptions that I’ve scribbled down but never returned to. In the spirit of giving second chances and for this contribution to OUTLINE, I dug up some of the corpses and tasked myself with shaping them into something legible. Six vignettes of six stories I never wrote. 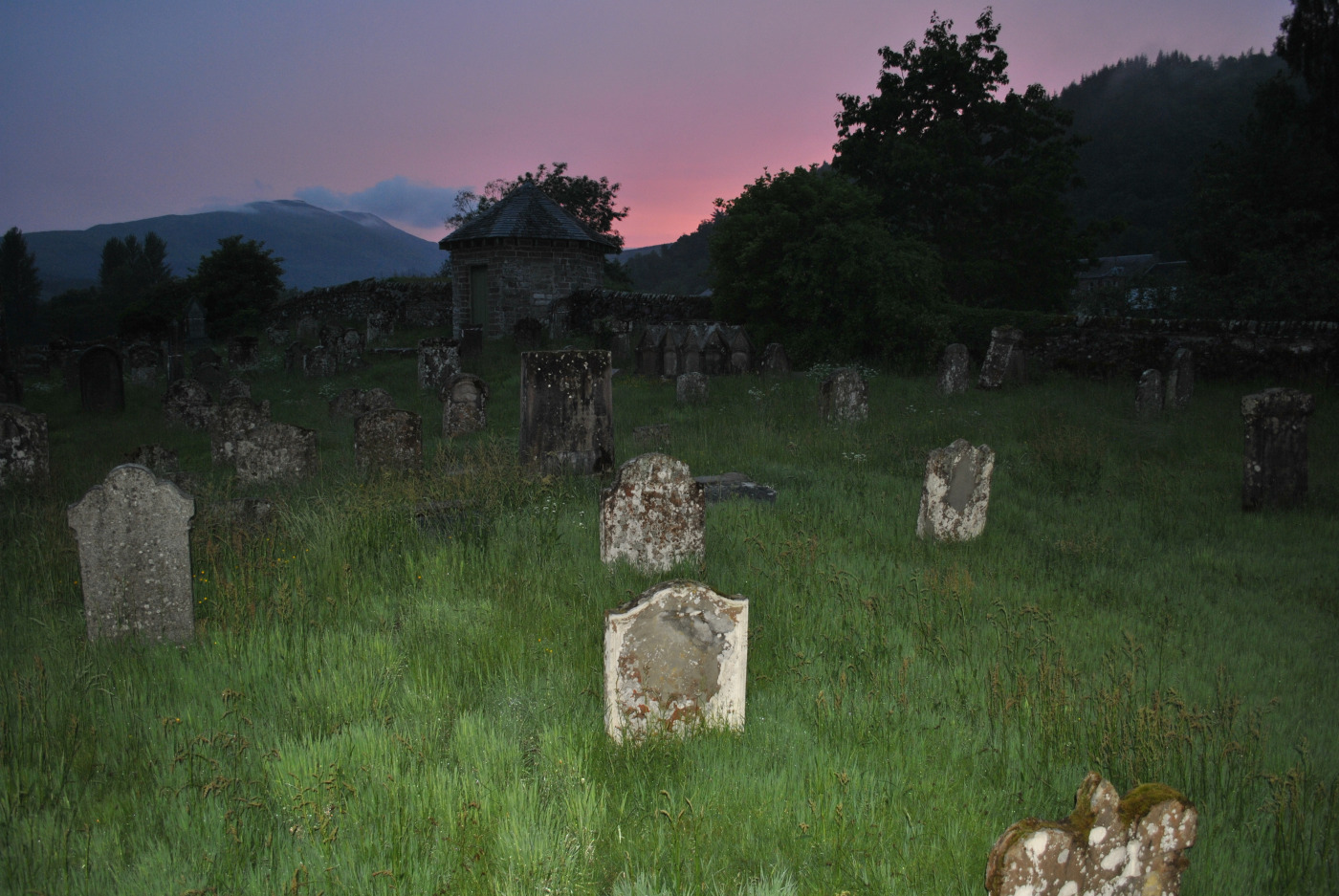 1
We lived in a flat in Deptford, London, four of us slotted into three 10m² bedrooms with a kitchen installed in the hallway like an afterthought. My bedroom was in the basement with the mould. By day, a narrow rectangular window flanked by iron grates cast severe shadows onto the scuffed lino floor, and by night aching pipes, footsteps pounding at the pavement, and rainwater bubbling in the gutter chanted at me. But it wasn’t the unsettling noises that kept me up into the early hours.

We nicknamed our flat ‘The Haunt’ because we were like ghosts to each other. Two of us worked in a cafe, one in theatre, and one at a nine-to-five, which meant that the contours of our days were rarely aligned. Around the clock we’d pace the apartment in each other’s footsteps but only occasionally have a face-to-face encounter.

The apartment, however, had a way of ensuring we never felt alone. When I entered a room, my own included, the hairs on the back of my neck would levitate, giving way to the eerie sensation that someone had just left. The air had a different, heavier composition from previous places I’d lived and objects had the residue of recent touch. So it didn’t take long for us to agree on the presence of a fifth something lingering within the household, but it took much longer to discover who or what was casting its watchful glare. Dismissing the possibility of a supernatural presence after an underwhelming experience with a ouija board, we narrowed it down to one prime suspect by process of elimination: our landlord.

2
Notes on PATRICK or PATCH or MR. CORIN
Born in Norwich, UK.
Aged 43. Lives alone with his pet snake Dorothy.

Soft arms and plump stomach. Patrick carries his head tilted down towards the floor, hiding his gaze behind a veil of thick blonde eyelashes. His feet are flat, and his left foot collapses inwards making his knees brush together when he walks, which gives him uneven gait.

But let us start with his childhood. Patrick is born to his single mother, Jane, and raised in a flat in a Norwich suburb. We don’t know much about his father, only that he is around for the first few months after Patrick’s birth and calls him “Patch”––a nickname which lasts longer than he does. Patrick doesn’t find it easy making friends growing up, preferring the company of his reliable mother who shares his affection for the outdoors. In the evenings they watch wildlife documentaries and on school holidays go walking in the Peak district, identifying birds through a pair of shared binoculars and eating homemade sandwiches side-by-side, backs to the brisk wind.

As Patrick gets older he begins to worry about his mother, whose solitude has carved a large hole out of her heart. Patrick knows she never healed from the wounds caused by his absent father, though they never talk about it, and this isolates Patrick further. After graduating from university, he never lives further than 30 minutes from her house.

Patrick teaches Biology at a secondary school in Norwich. His colleagues don’t pay him much attention because he doesn’t talk to anyone outside the Science department, ill at ease in the company of others. As for the kids, only the cruel ones give him a hard time, imitating his walk behind his back and the way he splutters “CLASS!” when they get distracted, in a pitch many octaves higher than his talking voice. The girls are confused by their feelings toward him. He’s nerdy (not cool) and kind (also not very cool) but they are fond of him and don’t know how to express it. They tease him playfully and watch him squirm uncomfortably under their gaze; “When are you going to teach us how to put condoms on, Mr Corin?” Quietly they wonder if he’s ever had sex and wrinkle their noses at the thought.

When his mother is diagnosed with early-onset Alzheimer’s, Patrick devotes his life outside of teaching to be at her side. Every weekend he brings a bunch of flowers to the care home, puts them in a vase by her armchair and shares something anecdotal about the species. “These are Dahlias, Mum. Once classified as a vegetable because they have tubers which taste like potato,” but she can’t really hear him. She clutches his hand tightly on the days she remembers he’s her son, and time stretches out ahead of them in widening chasms of silence.

3
I point my phone torch at the back of my mouth and peer in from my reflection in the mirror. My wisdom teeth glisten under the light, sturdy and squat like bouncers. One is shrouded by a pool of saliva, another has spinach lodged in the centre hollow, and the top two peep out maliciously from behind my molars. These two in particular have mushroomed up from my gums with furious persistence.

Teeth are not just bones externalised, I discovered at the ripe age of 27. They are made of tissues from a germ layer called the ectoderm (from the Greek Ektos meaning “outside” and Derma meaning “skin”). Outside skin. The ectoderm is responsible for developing skin, hair, nails, and the linings of the mouth and anus. But bones are made of living tissues which enable them to regenerate, heal, repair. Teeth do not. That’s why we have to take care of them. Don’t forget to clean your outside skin.

I shuffle back to my bed where I lay, sliding my tongue tenderly around the back of my mouth. The pain intensifies. I’m told I shouldn’t do this as it irritates the gums, but I can’t resist. I press down forcefully and wince.

4
The tips of her toes were the last part of her body to make contact with the spears of grass, which fanned out in infinite spirals around her feet. They crunched and squeaked as she dashed across the dishevelled lawn, her little face clenched into a ball to brace herself from the searing chill that licked at her thighs. Bar the goggles on her forehead and the towel cloaked around her shoulders, Fin was stark naked, which made for an unusual spectacle at sunrise in midwinter, but she needed to wash the rage off her skin. Only weather conditions as cutting as the winter frost could cleave it from her body. As she neared the water’s edge, she slowed and pulled her towel close to brace herself against the chill and stared down at the rocky shore. The water was clear, but without the sunlight illuminating what lay beneath it looked dense and black; only glimpses of stone and earthy residue peeped through.

But Fin’s mind was elsewhere, replaying scenes from the previous evening on loop. She was trying to recall the exact words exchanged between herself and Cath on her musty moth-eaten sofa. An image of Cath’s beautiful, dispassionate face was crystal clear in her mind’s eye; it hovered bodiless amongst the fleshy cushions, illuminated by the candle that she was using to light cigarettes, one after another. Fin’s recollection of the altercation was already getting hazy. Who had said what, when, and how were all beginning to collapse in on each other. Her mind was flooded with different scenarios of what had caused the conversation to sour, each one growing more far-fetched than the last.

She threw off her towel and stepped into the water.

5
The girls are in the playground. Leaning against the fence. French plaits, body odour, and puppy fat. Caitlin is the leader of the group. You can tell because the other girls orbit her, their bodies arranged in staged detachment, conscious of the gravitational pull but unable to resist it.

“Mummy is taking me to Westfields to get new trainers tomorrow,” Caitlin says. “I want new Converse.” The girls respond with mixed expressions of delight, soft intakes of breath and outward “oohs” as though Caitlin has just divulged exclusive information.

“Oh my god! Are you gonna get the mint green ones, the ones you showed me?” asks Jess in a not-so-subtle display of insider knowledge.

“Not sure,” Caitlin says, putting a handful of Skittles in her mouth. “I can’t decide between those and the limited edition pair Fran has. She wants me to get them so we can match.”

Fran is Caitlin’s cousin and all the girls idolise her.

When the packet of Skittles is nearly empty, Caitlin offers the bag to Grace, her BFF. Grace takes the bag, eats a few and, imitating Caitlin, shoves the almost empty pack into the hands of Jess, who tries not to look deflated upon realising she’s been handed the scraps. This is the chain of command, for today at least. Caitlin’s favourite changes according to the day of the week.

6
I am often trying to tease apart the strings of thought that accompany me over the course of a day. Why do they come to me in the (dis)order they do? What necessitates one before the other? Do I think my thoughts out word for word, or do they appear to me fully-formed? What is ‘fully-formed’ in the context of my brain? Do I think in words at all, or do I think in feeling? Thinking about thinking can cause the most perceptive mind to spiral. It’s a bit like trying to describe a dream, but the moment you get close to a cohesive understanding of it the edges dissolve. To pay close attention to how a thought arrives in my brain –– and one tends to enter arm in arm with a web of others, like weeds clogging a drain pipe –– I need to rewire my brain’s machinery into two separate operations. One continues the ‘thinking’ in usual fashion, sinking into a labyrinth of hidden wormholes, while the second tries to observe the first at arm’s length. It’s a laborious exercise which hasn’t elucidated much, only that it seems unlikely that there is a formula –– being so tightly woven into a particular context and moment –– and that this recent habit of existential examination is a sure sign that lockdown is taking its toll.

Georgie Sinclair is a freelance writer and editor living in Amsterdam whose work engages with the politics of failure and the limits of (human) language. In 2018, she co-founded plot twist, a reading group and occasional publisher focused on alternative learning practices and collective forms of knowledge exchange. Her favourite colours are yellow and lilac.