Man: What’s that other name?
HUISMAN: What other name?
M: Right above you.
H: On that piece of tape?
M: Yes, on the masking tape.
H: It says Zhekova.
M: Gekova?
H: Yeah. S. Zhekova. She moved in a couple of weeks ago.
M: I see: Zhekova. Is that Polish, or Russian, or… what is it?
H: No idea.
M: Haven’t you ever hear her talk?
H: Yes, I did. Quite often actually. But I can never tell the difference between these Slavic languages so I wouldn’t know. Plus, she always talks super fast and it’s work related stuff only—at least I think—’cause every now and then she throws in a few English words like ‘urban environment indicators’ or ‘neighbourhood sustainability assessment.’
M: Fancy stuff.
H: I guess.
M: Is she nice though?
H: What does ‘nice’ mean?
M: You know, like; what does she look like? how does she move her hands? what’s the colour of her voice?
H: I don’t really pay attention to these types of things.
M: Okay. So what do you pay attention to?
H: I pay attention to Huisman.
M: Your Huisman?
H: Yes, my Huisman.
M: Why?
H: Because.
M: Because what?
H: Because if he goes, I go.
M: Right…
H: Shouldn’t you ring the doorbell? You’re coming for Huisman, right?
M: Yes, but I’m too early.
H: Okay.

M: Hey HUISMAN.
H: What?
M: These letters, on your sign, aren’t they cut with a small drill?
H: Yes, they are. Why?
M: Can I touch them, with my fingertips.
H: You want to touch my letters?
M: Just briefly.
H: Okay, go ahead… but just briefly.

Man: Are you open?
CAFE: You know I’m not. We’re all closed. At least until February 9th we are.
M: Yeah, I guess I already knew that.
C: Did you want to come in?
M: No, that makes no sense. There’s no one there anyway.
C: True.
M: Well, you’re there, of course. But that’s different.
C: I guess it is.

M: Aren’t you missing one of those accents?
C: What accent?
M: On the “E”. In Dutch, there should be an acute on the “E”.
C: What’s an acute?
M: It’s nothing more than a little dash that makes you pronounce the e slightly different. That’s all.
C: Okay. I was doing fine without one, actually.
M: It doesn’t really matter anyway, I got the message.
C: Except for the fact that I’m not really a cafe, since I’m closed.
M: Yeah, that part is a bit misleading, I have to say.

[The man and the cafe both laugh]

C: You know what I do miss?
M: What?
C: A name. Something chic like Blue Oyster, King Cole or Grand Central. That would be cool. Without a name, it’s pretty much like you don’t exist. Like you’re just any place. Don’t you think?
M: Isn’t a name just a label? Just a couple of letters on a window. Wouldn’t you be the exact same place if your name was The Blue Tie or Café Patriot?
C: I don’t think I would want to be The Blue Tie or Café Patriot.
M: Okay. Who do you want to be then?
C: Hmmm… Maybe it’s good enough just being CAFE.
M: Without the accent?
C: Yeah, without the accent. 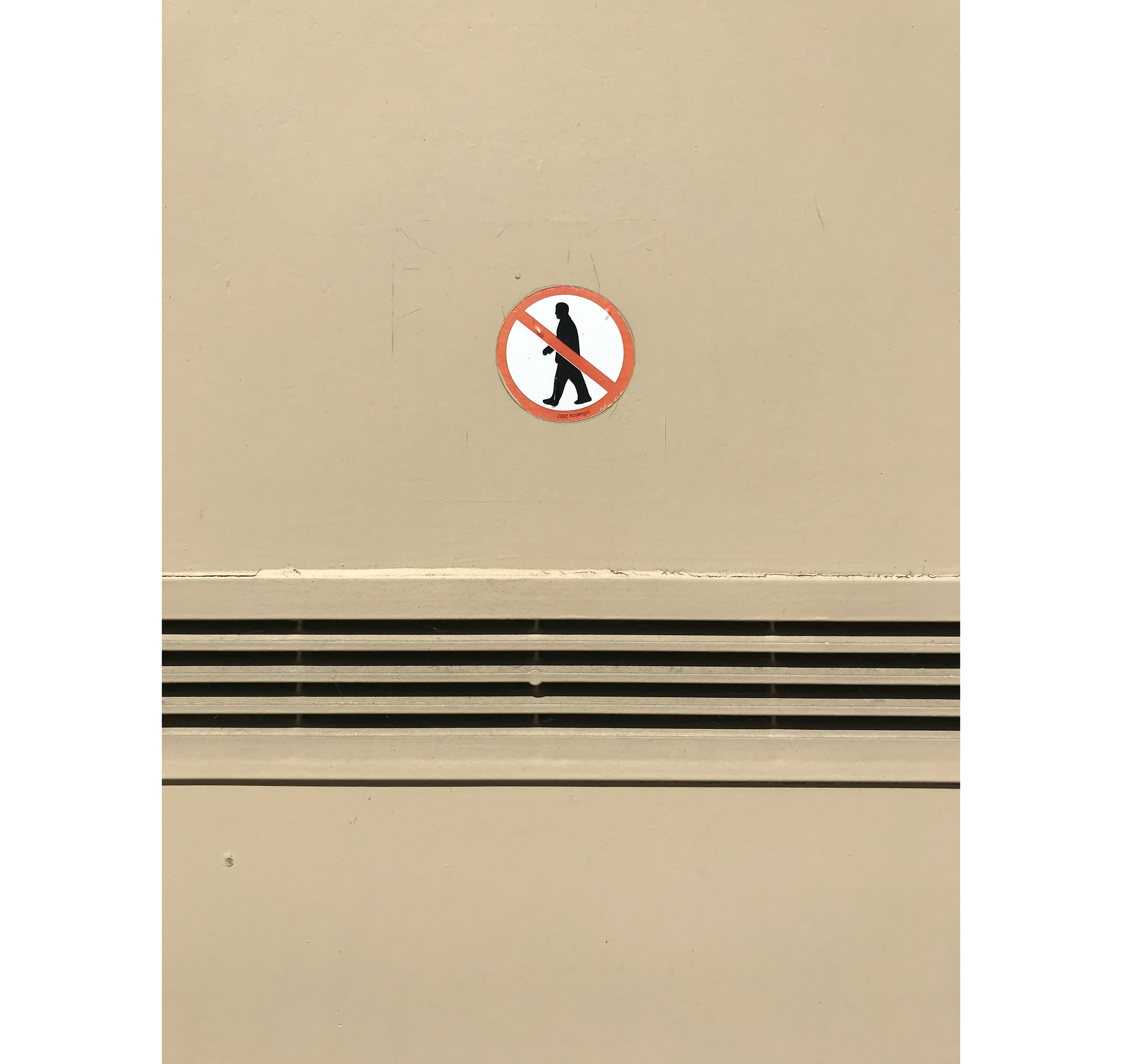 Yuri Veerman is an artist, designer and performer, living and working in Amsterdam. Through posters, books, videos, websites, campaigns, flags or performances, Veerman tells seemingly simple stories about an increasingly complex world. His latest projects include Dit zijn onze Helden: ten public sculptures on the Malieveld (the field often used for large-scale demonstrations in The Hague), asking the question how much a hero earns. He held several teaching positions and frequently lectures, performs and writes on topics such as public space, design, tourism and advertising.

For this e-log, Yuri chose a few images from his large and ever-growing collection of phone photographs taken on walks through the city of Amsterdam. Utilizing these encounters with countless objects and situations, he wrote two dialogues between himself and the city.